From the forthcoming album Surfin' The Apocalypse

“Be the situation perplexing, the choices grim, or time running low, don’t run away. You know what to do.” 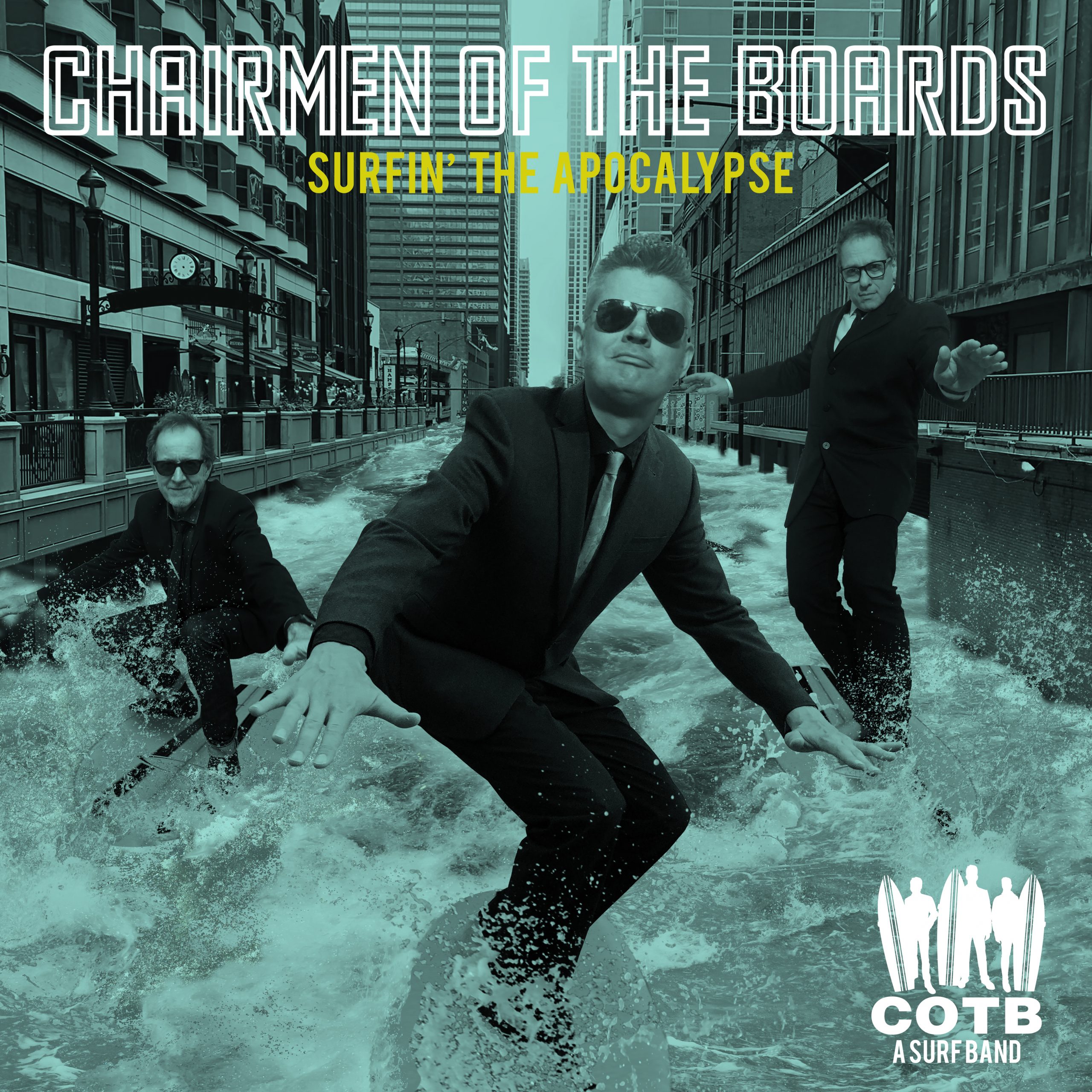 1.Moonlight Beach
2.Run-A-Wave
3.Board Whacks
Chairmen Of The Boards – Surfin’ The Apocalypse 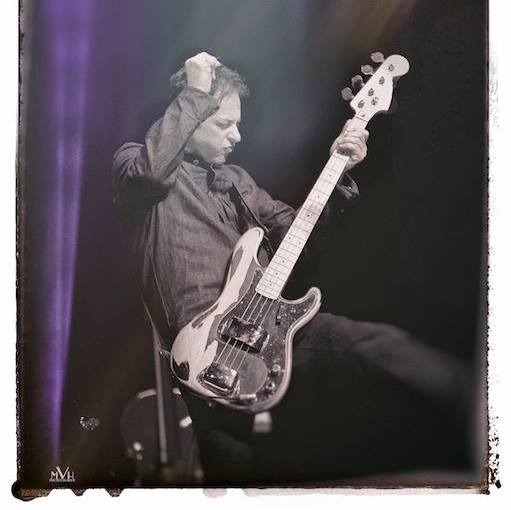 Check us out on Gig Soup!

October 3, 2020 by Leonardo Valvassori in Music 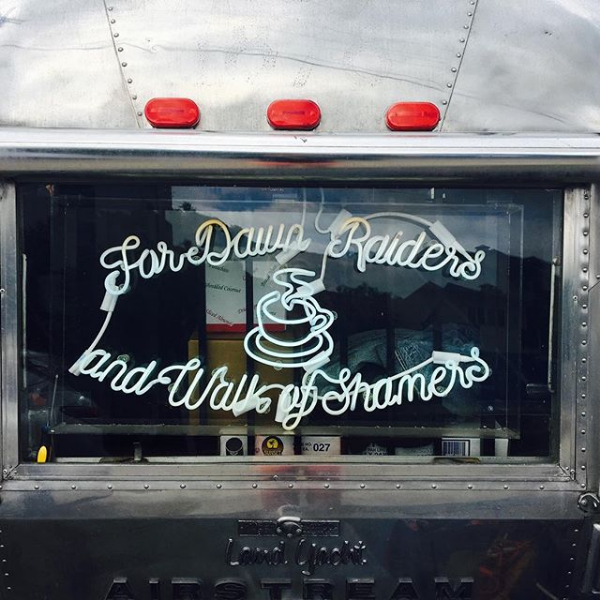 September 4, 2020 by Leonardo Valvassori in Music

It’s a lot of choppy, messy water this year.  We’ve been raked over and over… 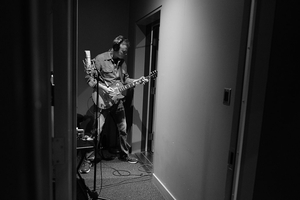 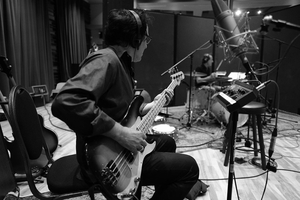 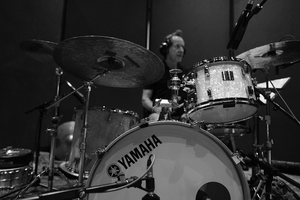 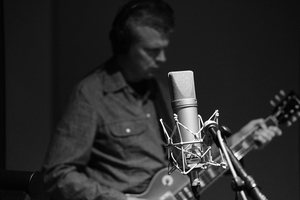 Chairmen of the Boards are not a typical surf-rock band, but as their debut album Surfin’ The Apocalypse proves, they are hands down one of the best out there. Keeping things lean and mean, the new trio consisting of Toronto scene vets Rob Hiemstra (guitars), Leonardo Valvassori (bass) and Gary Craig (drums) blast out 14 instrumentals guaranteed to put a little extra wax on your deck and keep you ridin’ the nose through the riptide of daily life.

Leading off with the vintage twang of first single ‘Board Whacks,’ COTB display the full range of their stunning chops on the deliciously funky ‘Booty Wiggle,’ the kick-sand-in-your-face-while-I-sip-my-martini swagger of ‘Dirty Grind,’ and a cover of one of surf-rock godfather Dick Dale’s classic tracks, ‘Taco Wagon.’ If you only know surf-rock because of Quentin Tarantino soundtracks, then strap yourself on to get the full experience!

Granted, the beaches on Lake Ontario aren’t exactly Malibu but Toronto does contain a small but hardcore surfing community. By extension, there’s also a small but hardcore community of surf-rock fanatics, three of whom now comprise Chairmen of the Boards. The seeds were planted when Chairman Rob started bringing original “surf compositions” to Chairman Leo during a residency at Grossman’s Tavern, the storied Toronto venue long known as professional musician jam spot. In no time, the pair were working out new ideas, eventually realizing they were building up enough material to make an album.

Enter Chairman Gary, and after a period of intense rehearsals, studio time was booked at prestigious Toronto studio Revolution Recording where his drum tracks were recorded by Annelise Noronha (assisted by Gemma Mazza), the rest of the album was laid down at Chairman Leo’s personal studio The Notebox, where additional sugaring to songs was applied by keyboardist Denis Keldie, pedal steel guitarist General Kevin Neal, and the Hang Ten Horns—Rebecca Hennessy and Carrie Chesnutt. Tracks were then sent to New York for mixing by Grammy winner William Wittman, and mastering by Greg Calbi and Steve Fallone at Sterling Sound.

“If you appreciate raw rock and roll with a touch of psychedelia, as practiced by the likes of The Sadies, Beachwood Sparks and even The White Stripes, then Surfin’ The Apocalypse will easily fit into your collection or slide onto your favourite playlist.”

By the time the sun sets with the closing ballad ‘Sand Between Your Toes’ (a nod to the great surf-rock producer Jack Nitzsche), you’ll be ready to pack your board into your Woody and drive back to whatever Hollywood you live in. The Chairmen of the Boards want to help you escape.

In days of uncertainty, moments of frustration, an

The Chairmen wish all Canadians a safe and happy T

Our second single 'Runawave' is out today on (weew

Be the situation perplexing, the choices grim, or

Check out Chairmen Of The Boards debut single here

Thanks so much to Canadian Beats Media for putting

Back to school, and just in time too. Just 3 days

With their debut album, Surfin’ The Apocalypse, set to arrive Nov. 27 on Weewerk Recordings, Toronto’s Chairmen Of The Boards are offering another preview with the track “Moonligh...
View on Facebook
·Share

COTB is wishing all Canadians a Safe and Happy Thanksgiving, as well as safety and happiness to our many friends in points beyond.

For a dab of your reading pleasure we give you our first instalment of our BOARD BLOG - DAWN PATROL.
chairmenoftheboards.ca/dawn-patrol ... See MoreSee Less

Dawn Patrol – Chairmen Of The Boards

It’s a lot of choppy, messy water this year. We’ve been raked over and over again but remain buoyant, looking to the approaching set. Who knew there were so many men in grey suits? Technology has revealed at least one on every favored stretch of the coastline. But we’ve been keeping the faith,...
View on Facebook
·Share

Chairmen Of The Boards@OfChairmen·
17 Oct

Thanks to Roots Music Canada for putting us on the front page today! https://www.rootsmusic.ca/

Chairmen Of The Boards@OfChairmen·
16 Oct

In days of uncertainty, moments of frustration, and ongoing confusion - here’s to the magical nights. It’s new moon time. And Halloween is right around the corner.

MOONLIGHT BEACH, our third single releases today. Check it out on Bandcamp.

Chairmen Of The Boards@OfChairmen·
13 Oct

Chairmen Of The Boards third single 'MOONLIGHT BEACH' releases this Friday October 16 from our forthcoming full length debut album 'SURFIN' THE APOCALYPSE'! It's a new moon this Friday and a boardwalk stroll may just be in order.

Copyright 2020, Chairmen Of The Boards